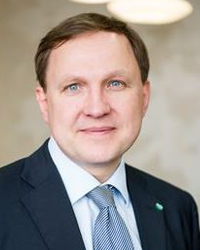 Education:
Graduated with excellence from Moscow Aviation Institute in 1992,   Got an Executive MBA degree from Instituto de Empresa (Madrid) in 2006, also graduated from IMD.


Back to the listing